Founded by René Rozon, The International Festival of Films on Art (FIFA) is dedicated to the international promotion and distribution of films on art and media arts. For nearly 4 decades, it has presented an annual event in March, which allows discovery of the latest documentaries on art. With its various activities all through the year, FIFA is committed to increasing the knowledge and appreciation of art among the public, promoting the work of artists in the fields of cinema, video and visual arts, and also encouraging the production and diffusion of art films. Its 40th edition will take place from 15 to 27 March 2022. 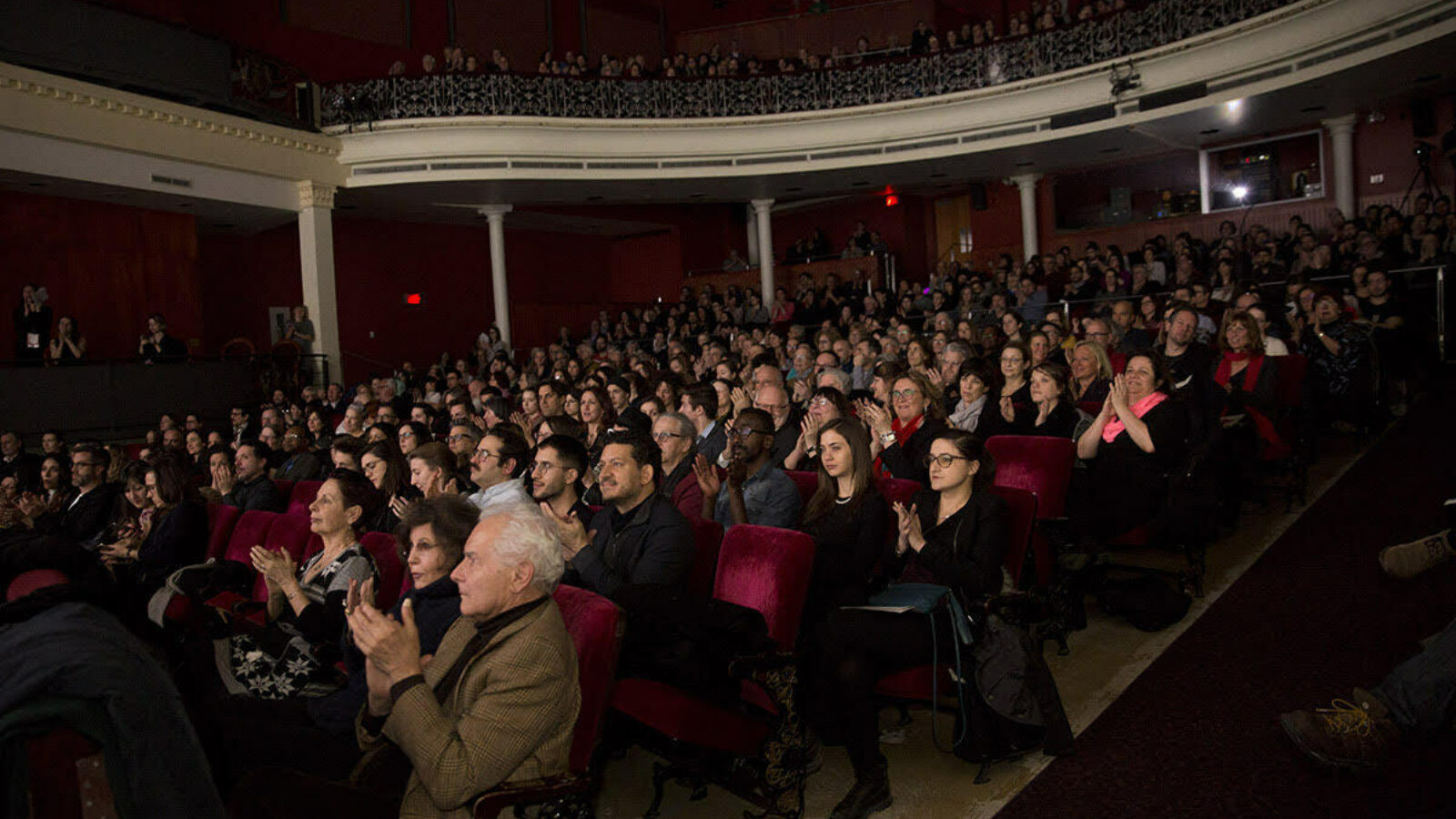 Founded in 1981 by René Rozon, under the aegis of UNESCO’s International Council for Film, Television and Audiovisual Communication, and sponsored by the Musée d’art contemporain de Montréal, the International Festival of Films on Art (FIFA) became an autonomous organization in 1983, when it formed its own board of directors. The first edition of FIFA lasted five days and screened 50 films from 12 countries at the Cinémathèque québécoise. By 1992, there were 150 films from 24 countries, and in 2003, 254 films were presented in eight theatres over an 11-day period. For its 25th anniversary, FIFA organized an international colloquium on films on art, bringing together experts from all over the world, and premièred Découvertes du Film sur l’Art, with support from the Conseil des arts de Montréal en tournée program. In 2011, the first edition of its International Market of Films on Art was held in conjunction with the festival. Firmly established at presentation sites in Québec and abroad, FIFA presents programming year-round in Québec and across Canada, including at the McCord Museum, the Canadian Centre for Architecture, and the Musée national des beaux-arts du Québec, as well as in France (Paris and Tourcoing), the United Kingdom (London), and the United States (Washington, DC).

The festival was directed by its founder from 1981 to 2015, and by Natalie McNeil in 2016 and 2017. In 2018, there was a changing of the guard at the head of the organization, with the appointment of Philippe U. del Drago as executive and artistic director. After 35 years, this change of direction marked the beginning of a new era for the International Festival of Films on Art, which is carrying on a tradition and a cultural heritage but opening up to new artistic horizons.

Every year, the festival’s selection reflects the quality and diversity of worldwide production. Its main activity consists of organizing a competition festival, recognized as the largest in the world in its field. FIFA is a non-profit organization that has presented almost 5,000 films from 77 countries and awarded more than 400 prizes since its first edition.

Founded by René Rozon, founder and former artistic director. The organization is supported by UNESCO and the Musée d’art contemporain de Montréal.

For the first time, the festival attracts productions from more than 20 countries. For its 8th edition, more than 140 films from 23 countries are presented at four screening sites.

The 12th edition of the festival presents 123 films from 26 countries at six screening sites.

First tour of award winners to the Finnish National Gallery in Helsinki.

First tour of award winners to the Musée du Louvre in Paris.

First tour of award winners to the National Gallery of Art in Washington, DC.

A total of 254 films were presented over 11 days in eight theatres in FIFA’s annual programming.

The festival officially expands from 6 to 11 days.

First tour of award winners to the Boston Museum of Fine Arts.

25th anniversary and Colloque international du film sur l’art, bringing together experts from all over the world.

The festival adds a ninth screening site. First tour of films on architecture and design to the Center for Architecture of the American Institute of Architecture in New York.

First edition of the International Market of Films on Art (MIFA).

Appointment of Philippe U. del Drago as executive and artistic director.

For its 38th edition, FIFA was the first film festival in the Americas (and the second in the world) to successfully migrate online during the COVID-19 pandemic.

FIFA celebrates the 30th anniversary of its presence at the National Gallery of Art (Washington, D.C., USA).