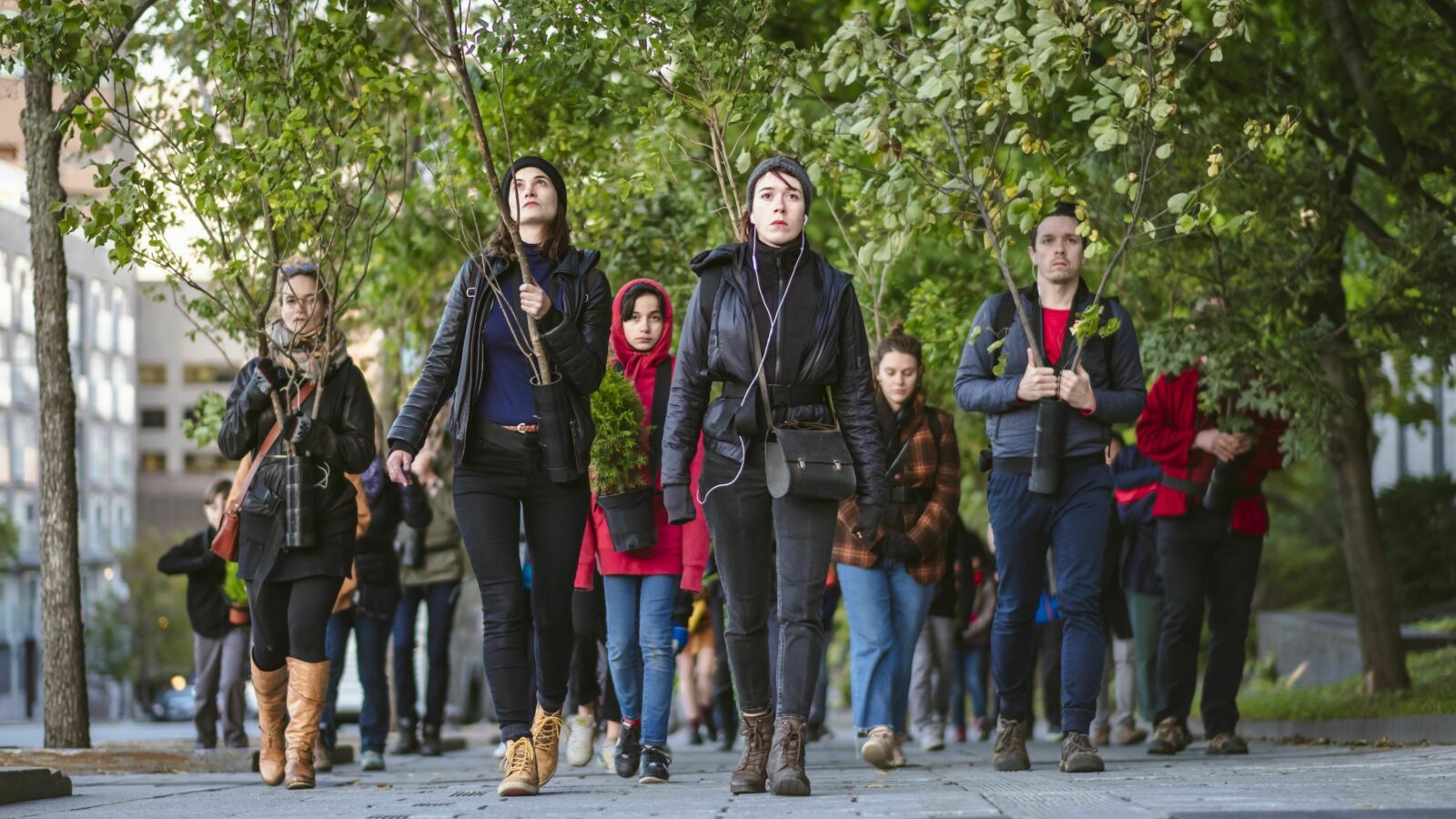 The International Festival of Films on Art (Le FIFA) is pleased to announce that Hugo Latulippe​’s film Je me soulève, a world première and in competition, will open its 40th edition (March 15 – 27, 2022). With theatre screenings March 15, 7:00 pm, at the Monument-National in Montréal and March 16 – 17, 7:00 pm, at the Musée national des beaux-arts du Québec, the film will be preceded by Danika St-Laurent​’s short film We Are Not Speaking The Same Language. It will also be available online on March 15 at 8:00 pm on ARTS.FILM, Le FIFA’s platform, for the duration of the festival, until March 27.

Given the governmental guidelines announced on January 25, we are announcing that the 40th edition of Le FIFA will take place online, as well as in theatres In Montréal and Québec City, in strict compliance with the health directives that are in force when the Festival opens (details to come).

“Je me soulève is a remarkable, inspiring, and future-facing film that fulfils our missions of increasing the public’s knowledge about art and its importance and of promoting artists. I found the film greatly moving, both for the beauty of its images and for the contagious enthusiasm of its protagonists.” Jacinthe Brisebois, Director of Programming, Le FIFA

Twenty young actors and musicians are brought together in a laboratory situation by the actors, authors, and directors Véronique Côté and Gabrielle Côté to create a collective play for one of Québec’s major theatres, Le Trident. Over a full year, they dig through contemporary Québec poetry to draw out the spirit of the times. In workshops and in all four corners of the province, we witness the process of bringing Je me soulève into the world, and when the curtain opens, it will both transport us into the open, unlimited country and transform life!

Je me soulève, produced by Ciné-Scène and distributed by Spira, is presented as a world première, in collaboration Le Trident.

The film Je me soulève will be preceded by the world première screening of Danika St-Laurent​’s short film We Are Not Speaking The Same Language.

Thinking back to her only phone call with her maternal grandmother, Danika St-Laurent explains the connection that she maintains with her Indigenous identity (and her grandmother) through beading.

“The artist and director Danika St-Laurent has shown an undeniable sense of aesthetics in the short film We Are Not Speaking The Same Language, which is both very simple and highly sensitive, and we are pleased to present it for the opening of the festival.” Jacinthe Brisebois, Programming Director, Le FIFA