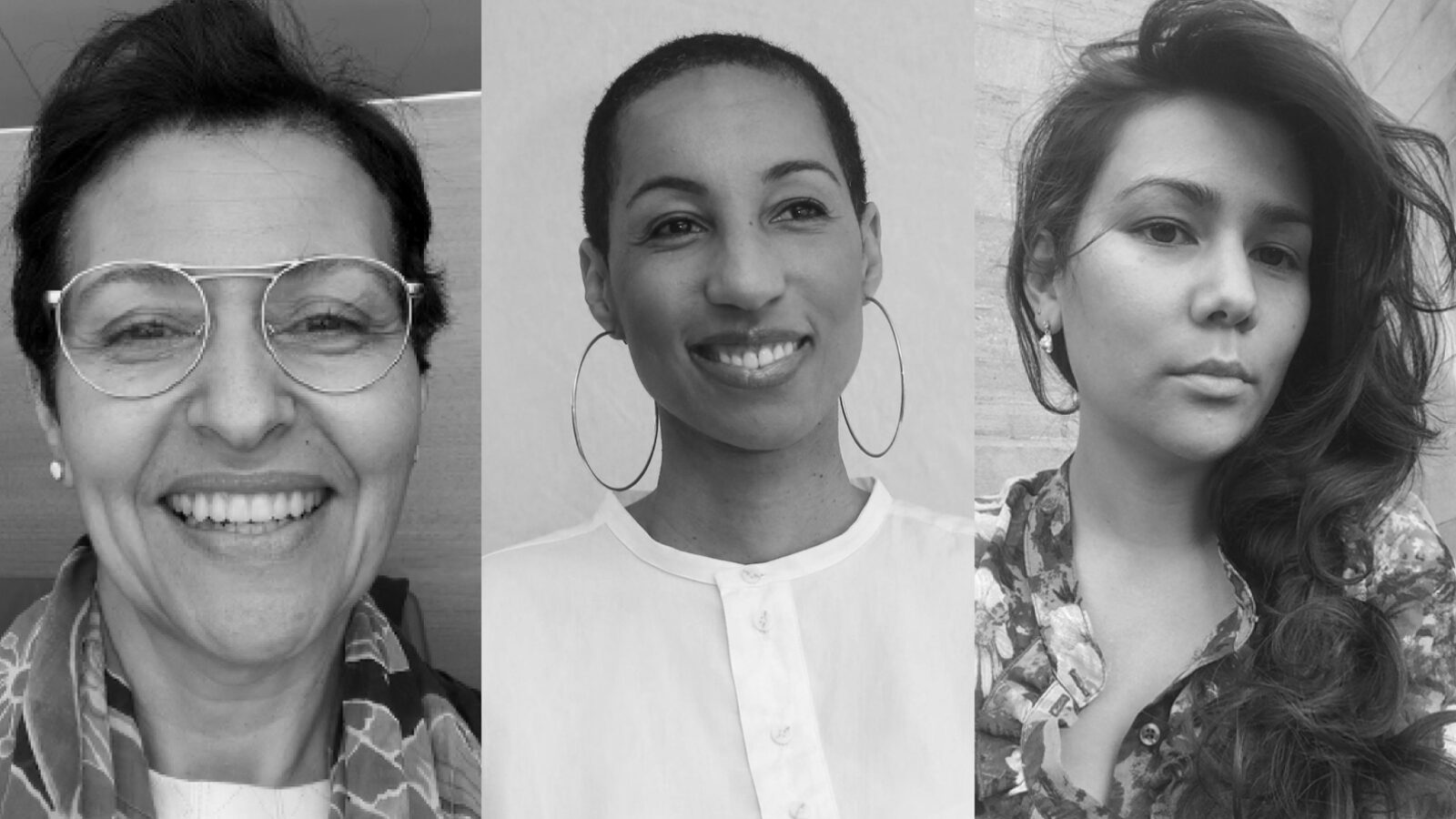 The Board of Directors of the International Festival of Films on Art (Le FIFA) is pleased to announce the appointment of three new members: Grace Sebeh Byrne, Dr. Sophia Koukoui and Nadia Khalil Luong.

With their diverse professional backgrounds, fields of expertise and disciplines, these new members join a close-knit team that continues to expand its horizons as Special Advisors.

On behalf of the entire Board of Directors, the President, Dr. Nicolas Chevrier, thanked all members for their deep commitment as the Festival pursues new ambitions: ​“It is with a strong sense of renewal that we welcome these new members to our team as we diversify and renew ourselves.

PROFILES AND ROLES OF THE NEW MEMBERS OF THE CORPORATION

Grace eagerly comes to le FIFA’s board of directors as Special Advisor. Having been on le FIFA’s selection committee, been interviewer for English-speaking directors during le FIFA’s festivals, she comes with event planning, interviewing and curatorial skills as Founder and Executive Director of her own non-profit organization, Yellow Pad Sessions. Born in Cairo, Egypt in a Coptic Catholic family, Grace (née Graziella) came to Canada at the age of 3. She earned a degree in Communication Studies from Concordia University and added a degree in Curatorial Studies from Node’s School of Curatorial Studies, Berlin, German. Grace lived and worked in Germany during the 80s, most notably for NBC News, in desk operations covering the Fall of the Berlin Wall in 1989. She later worked as a researcher alongside Anderson Cooper and Lisa Ling for the NYC news show Channel One. There she met her husband, Patrick Byrne, an American from California, who was an editor and technical director. Together they left for Hollywood to pursue work opportunities. During that time, she worked for a local newspaper in the art department. Six years and two children later, they returned to Montreal to be closer to family and to provide their kids with an opportunity to become fluent in both English and French as well as becoming immersed in Canadian culture. Grace’s passion for cultural expression coupled with her strong belief in the power of art paved the way to founding their arts organization: Yellow Pad Sessions. Its values are squarely aligned with its vision of ART FOR SOCIAL CHANGE. They started YPS because of a ceaseless yearning to leave the world a better place. In her spare time, Grace sits on the board of directors for le FIFA (International Festival of Films on Art) as Special Advisor and has been on its selection committee. She recently left the board of directors at the Visual Arts Centre as their VP to focus on YPS.

Dr. Sophia Koukoui joins the Board of Directors and will bring her global and strategic vision, as well as her socio-cultural sensitivity. She holds a Master’s degree in Behavioral Neuroscience from McGill University, completed a PhD in Clinical Cultural Psychology at UQAM and a postdoctorate in Transcultural Psychiatry at McGill. She is an Associate Professor in the Department of Psychology at the University of Montreal, where her expertise lies in cultural practices, health of migrant populations and ethics of care in a context of vulnerability. Dr. Koukoui is responsible for the mental health unit at Clinique Mauve, a clinic dedicated to LGBTQ+ refugees and asylum seekers. She also acts as a consultant for the provincial and federal governments in the development of training programs on best medical and psychological practices. She also works as a scientific researcher on several international collaborations. Dr. Koukoui previously worked as a senior consultant in business psychology for several Quebec and American consulting firms. She continues this work in her private practice, where she sees people from all walks of life.

For 14 years, she worked in the multimedia industry, including the Spectra team, Moment Factory, GSM project and Rodeo FX. This has allowed her to hone her understanding of the issues in the industry and to bring financial information to a common ground between the artists and the support teams for decision making. Today, she joins Pratt & Whitney Canada in the heart of the supply chain and its challenges in the global context as Manager of Financial Analysis and Planning. A CPA by training, she is a facilitator and marker for candidates taking the CPA exam. Involvement in the next generation of the profession allows for the maintenance of currency and discussion of the need to bring corporate strategy and governance into business decisions while considering the environment. Since 2021, she has served on the Board of Directors of the Mount Pinnacle Land Trust as Treasurer, whose mission is conservation, education and research of natural environments.