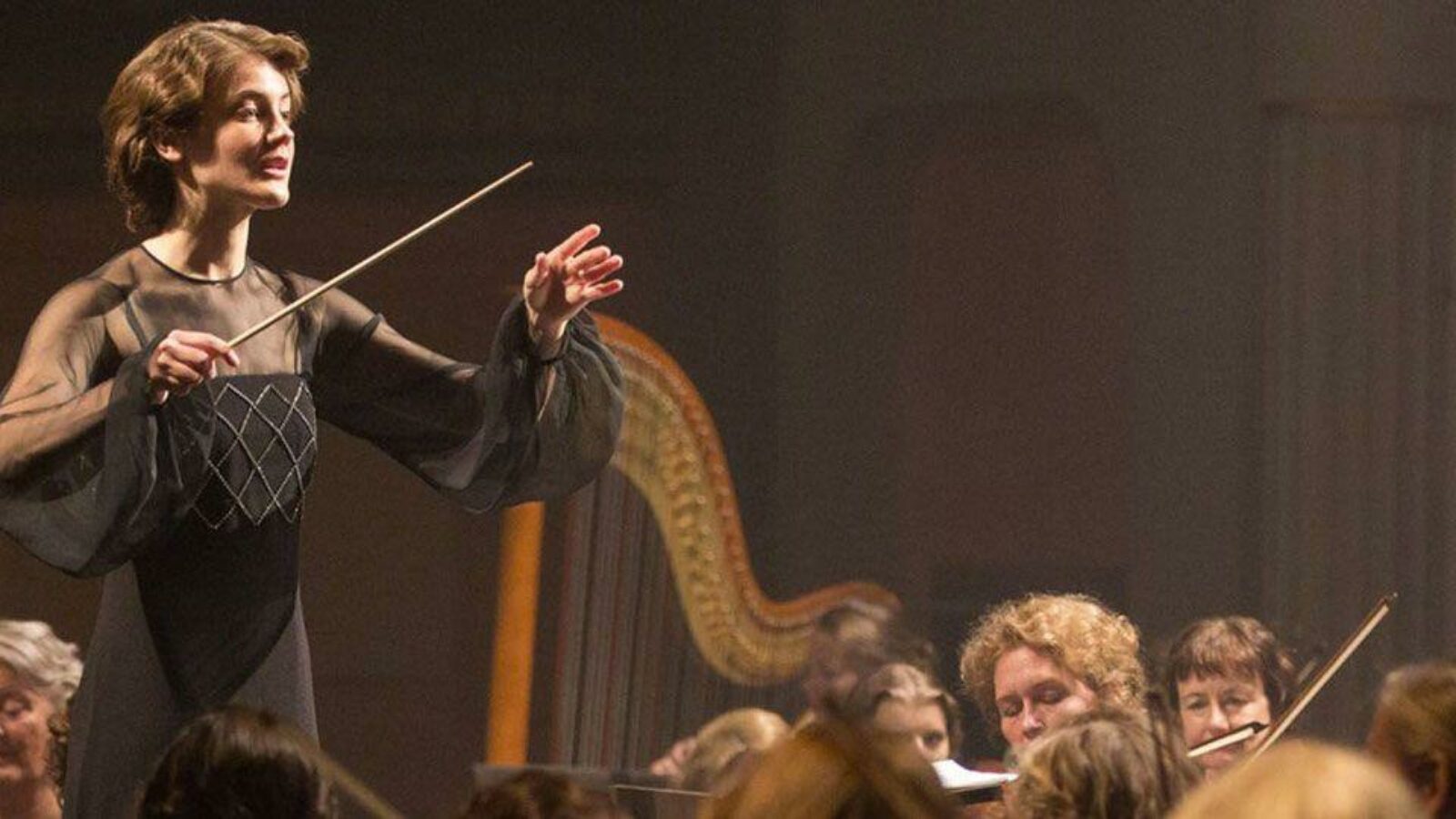 The International Festival of Film on Art (FIFA) is pleased to announce a 250th film to close its 39th edition, on Sunday, March 28. It is The Conductor (La Chef d’orchestre in French), by Dutch producer, screenwriter, and director Maria Peters, presented as a Canadian premiere.

This film is inspired by the real story of Dutch woman Antonia Brico (played by Christanne de Bruijn), 24 years old when the film is set, in 1926. Having immigrated to the United States with her parents (played by Annet Malherbe and Raymond Thiry) when she was a child, she dreams of becoming an orchestra conductor. But no one takes her ambition seriously, and her piano teacher advises her against entering the competition for admission to the conservatory. Far from being discouraged, she returns to the Netherlands, where she pleads with the celebrated conductor Willem Mengelberg (played by Gijs Scholten van Aschat) to teach her about conducting. Mengelberg is not comfortable with this idea and sends her to Berlin, where, surprisingly, she has more of a chance to succeed as a woman. Emotional stress threatens to overwhelm her when the love of her life puts her in a difficult position.

“With the presentation of this Canadian premiere, the International Festival of Films on Art is pleased to partner with the distributor to show this feature film, which is a perfect closing for the 39th edition of the Festival,” noted Jacinthe Brisebois, director of programming for films on art for FIFA. ​“In featuring Antonia Brico, a pathfinder for women in orchestra conducting, filmmaker María Peters reminds us of the importance of equity in all fields of art. Following in her footsteps, our program makes sure to highlight women creators, performers, and muses, who inspire people in society to emulate them.”

“We are pleased to partner with FIFA to present a film that for the enjoyment of lovers of music and biographical films,” stated Ariane Giroux Dallaire, vice-president of MK2 | MILE END. ​“This collaboration, which began last year, has finally borne fruit thanks to the flexibility and openness of the Festival.”

United States 1926: The Dutch, 24-year-old Antonia Brico (played by Christanne de Bruijn) was a child when she and her parents (Annet Malherbe and Raymond Thiry) immigrated to the United States. She dreams of becoming a conductor, but nobody takes her ambition seriously. Her piano teacher advices her against taking the entrance exam for the conservatory. Because she has little to lose, she returns to her motherland, where she begs the famous conductor Mengelberg (Gijs Scholten van Aschat) to teach her conducting lessons. Mengelberg is not comfortable with the idea and sends her to Berlin where she, against all expectations, has a better chance as a woman to make it. Emotional strain threatens to overwhelm her, when the love of her life puts her in a difficult position. What choice will Antonia make?

BUY YOUR PASSPORT NOW FOR THE 39TH EDITIONOF FIFA