ARTS.FILM unveils its program for Fall 2021! 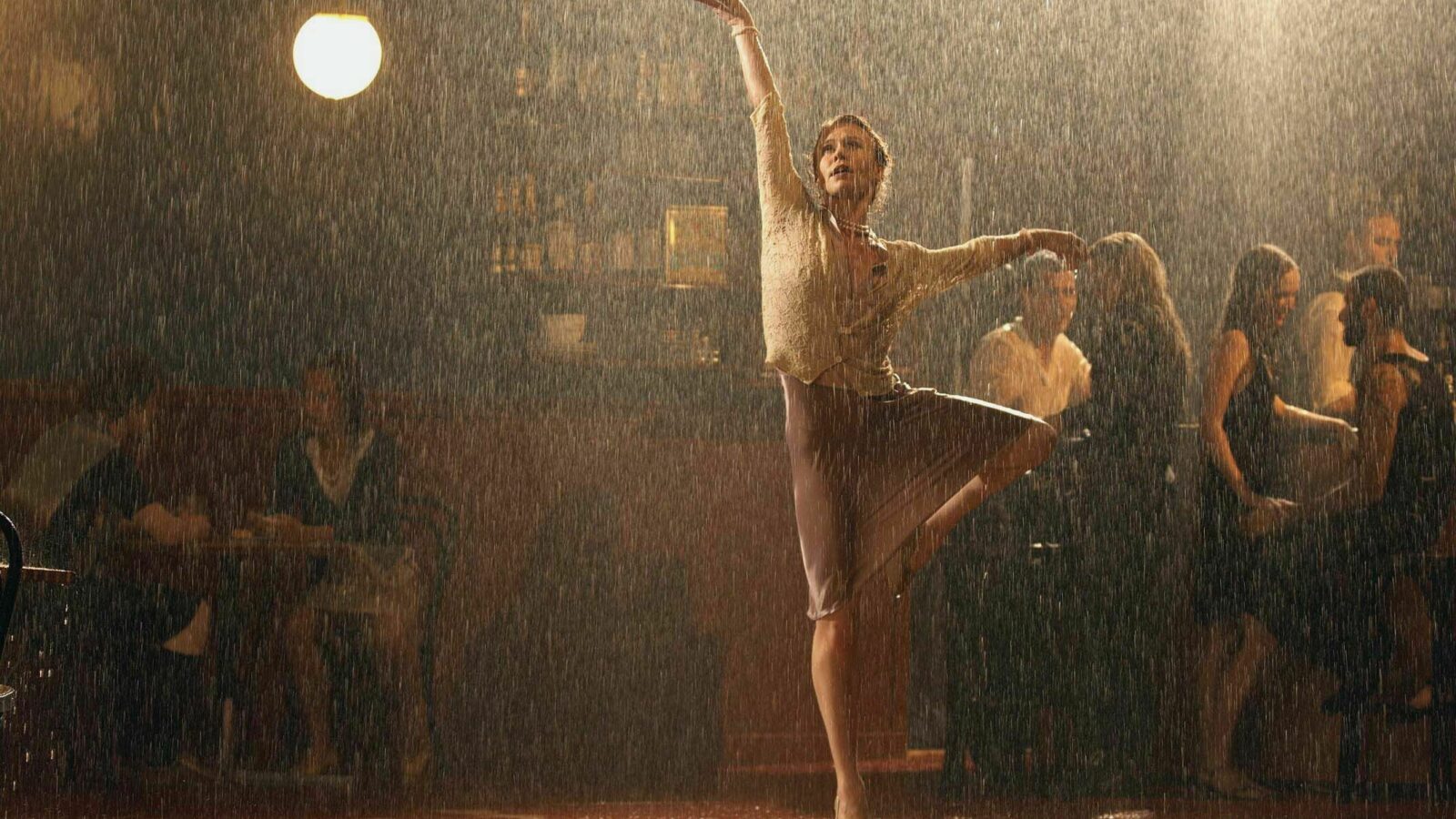 ARTS.FILM, the first virtual arts centre in the world and devoted to films on art and art films, unveils its fall 2021 program

Following the successful launch of ARTS.FILM on March 29, immediately after its 39th edition, the International Festival of Films on Art (FIFA) is pleased to unveil the first fall season of its platform, which the Canadian public and the arts community are already seeing as a true centre for the arts. Offering an eclectic program reflecting the wealth of art films and works that have been produced by and about talented artists, this new webcasting space plans to broadcast numerous events, performances, recordings, live feeds, and forums.

“This first season of ARTS.FILM is an unprecedented dive into the most original art practices in the world, based on sharing and discoverability,” noted Philippe U. del Drago, executive and artistic director of FIFA. ​“We are proud to already be offering a program of more than 150 titles, a real accomplishment! This testifies to the value of our initiative and the privilege that it provides to our subscribers, who can (re)discover exceptional films and have unique experiences through art, from the comfort of their living room.”

ARTS.FILM, the only platform of its kind in the world, makes room for originality, with films that are rarely featured in theatres and almost never broadcast on television. Capitalizing on almost 40 years’ experience, the Festival offers artists a technological showcase, with local content and special programming, arising from agreements with well-known national and international partners. Its ambition is to reflect cultural diversity, as well as diverse genres, points of view, and practices, and its collections and programs lead to dialogues among artists from various communities. Finally, the platform, a non-profit entity, redistributes revenue equitably to artists and rights holders – a direct contribution to the arts community.

This season, classical and contemporary music will be highlighted. A series of films will feature Canadian performers. First, Canadian soprano and orchestra conductor Barbara Hannigan comes into focus in three films: Barbara Hannigan: Premières répétitions and Music Is Music, directed by her spouse, Mathieu Amalric, and Maria Stodtmeier​’s Taking Risks, planned for a première on ARTS.FILM on September 17. World-famous Canadian pianist Eve Egoyan will also be featured in Su Rynard​’s Duet for Solo Piano starting September 17.

All of Beethoven​’s piano sonatas, performed by Louis Lortie and recorded in Bourgie Hall at the Montreal Museum of Fine Arts, will be available on ARTS.FILM. Directed by Kim Savoie-Thibault and Benoît Guérin, the performances will be put online, one per week, starting October 1.

Also from Bourgie Hall, the young vocal ensemble Les Rugissants will present the first video in its series ARCHES, foregrounding iconic Montreal buildings associated with the communities that shaped the city’s downtown. The series also includes episodes filmed at the McCord Museum, the Dominion Tavern, and the Musée des Hospitalières. The series is directed by Alexandre de Bellefeuille.

Finally, starting December 17, the young ensemble collectif9 will present three musical films: La nuit des chevaux volants, directed by Benoît Fry; Rituæls, directed by Benoît Fry and Lucas Harrison Rupnik; and Vagues et ombres, the ensemble’s most recent concert film, an ode to water and a tribute to the colours and nuances of Claude Debussy​’s world, including a complete performance of La mer. In addition, a new work by Montreal composer Luna Pearl Woolf brings us into the present with a contemporary look at our relationship with the aquatic world. Vagues et ombres also includes an original shadow theatre performance by the Montreal duo Mere Phantoms.

With a view to bringing those behind the camera into the light, ARTS.FILM will focus on three directors:

The artist and filmmaker Jennifer Alleyn will be featured with a five-film retrospective: La vie imaginée de Jacques Monory (2005), an intimate portrait of the Parisian painter Jacques Monory; L’atelier de mon père (2008), in which Alleyn films her father, Edmund Alleyn; Dix fois Dix (2011), on the German painter and printer Otto Dix; A Few Lost Words (2011), a video that brings the Nancy Huston​’s words and painter Edmund Alleyn​’s images into dialogue; and Impetus (2018), with Pascale Bussières and Emmanuel Schwartz. The series of films will be put online on October 15.

Born in 1944 to a French-Spanish mother and a Hungarian father, Alain Fleischer studied linguistics, anthropology, and animal biology. He is a writer, filmmaker, photographer, and visual artist – and one of the most important directors of films on art in the world. ARTS.FILM will add to his recognition by presenting four of his films. Ibos & Vitart architectes — Un art de la mesure (2019) is a portrait of French architects Jean-Marc Ibos and Myrto Vitart through six of their buildings; Different Trains (2017) shows the performance by Quatuor A4&+ of Steve Reich​’s famous work Different Trains for four string quartets playing simultaneously; in Minutes de silence (2018), fourteen internationally known choreographers are asked to respond to the question, In which sound environment can dance impose a minute of silence? Finally, in J’ai retrouvé Christian B. (2020), an exceptional documentary filmed over fifty years, Fleischer builds an intimate portrait of the artist Christian Boltanski, who died on July 14 of this year. The film won the Prize for Best Essay at the 39th edition of FIFA. All the films will be available online starting October 1.

Finally, ARTS.FILM will bring Pontus Lidberg to the Canadian public. A Swedish-born dancer and filmmaker, Lidberg is the artistic director of the Danish Dance Theatre in Copenhagen, Denmark. Starting November 5, we will present Labyrinth Within (2011), which won the award for best film at the Dance on Camera Festival in New York City, and The Rain (2007), an exquisite work that won the best film award at the London International Dance Film Festival.

In December, ARTS.FILM will present two major television series. The first, Les maîtres du rêve (put online December 3), comprises four episodes that go behind the scenes to show how the greatest jewellers in the world create their masterpieces. The second, D’un genre à l’autre (put online December 17), explores three key character types in movies: the soldier, the psychopath, the alien, and the robot. These heroic figures and mythical characters are intimately linked to the idea of movie genres: thriller, war film, spy film, and science fiction. The series will decipher the myths around these key figures in film.

Starting November 19, ARTS.FILM will highlight the richness of Swiss cinema, a major producer of films on art in the world, by presenting a series of ten films including Supersonic Airglow by Stefan Davix and Karim Patwa, Hidden Track by Martina Rieder and Karoline Arn on singer Stephan Eicher, and Where Are You, João Gilberto? by Georges Gachot, which won the 2019 Award for Best Essay at FIFA.

Finally, ARTS.FILM will present a special collection dedicated to architecture and design this fall. Composed of a first selection of a dozen films, this group includes, among others, Fondations by Olivier D. Asselin, The New Bauhaus by Alysa Nahmias, and Art on Fire by Gerald Fox, about the ephemeral installations built during Burning Man, in Nevada.

In addition to these series and focuses, some thirty films will be put online in ARTS.FILM’s regular program. Among these are: